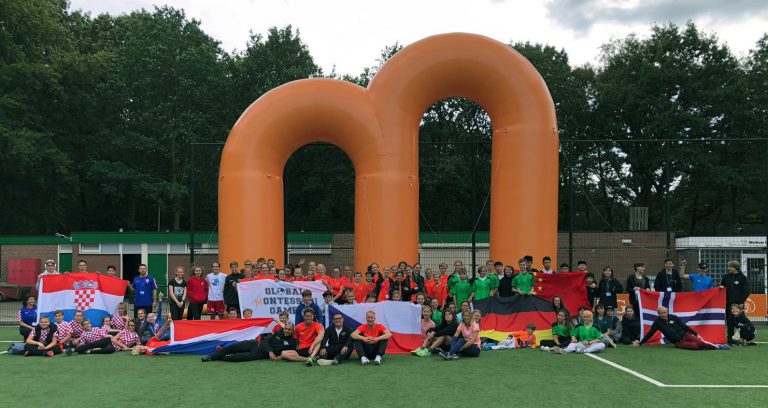 After less than a year of planning and preparation, but a lot of hard work, our dream of bringing students and educators together for a week of sport and shared culture had finally come into existence. The first Global Montessori Games were to begin, at Montessori College Nijmegen & Groesbeek, the Netherlands. We couldn’t have been more excited.

Arriving in Nijmegen
After a very long trip, team China arrived on Sunday afternoon, followed by the other teams from Germany, Czech Republic, Croatia and Norway throughout the day on Monday. They were all understandable nervous to meet the host families who they would share their home with for the next five days, as they immersed themselves in Dutch culture. After everyone had arrived, the participants met together at N.E.C. stadium to watch N.E.C. Nijmegen play against De Graafschap. They watched an entertaining 1-1 draw and were delighted to see the home team score a late equalizer. 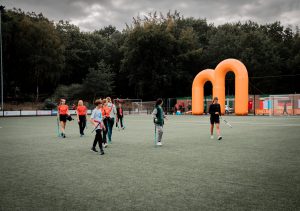 The opening of the Global Montessori Games
The first day of sports started with a warm up dance lead by Indira Willems of ID-Dance. It was a fun way to start the day and for everyone to join together. The participants from every country then mixed teams to play both field hockey and football, connecting trough sports and overcoming any language or cultural barriers. It was a perfect way to start to build international relationships. 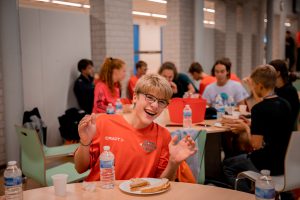 In the evening the official opening took place at the N.E.C. Nijmegen stadium. Mayor of Nijmegen, Hubert Bruls, officially opened the Global Montessori Games. It was a night of shared culture. Teams from each country showcased their cultural performances and shared snacks, drinks and gifts from their home countries, during the international market. Everyone got a small taste of their new friends’ country. 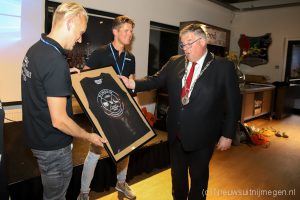 Trip to Amsterdam
Participants traveled to the host country’s capital, Amsterdam and first visited their museum of choice – Van Gogh museum or NEMO Science museum. Here they got to witness the famed art and science of the Netherlands and delve deeper into Dutch culture. After meeting in the Dam Square, the groups then travelled together to This is Holland Museum, where they took a simulator flight around Holland and learned about the history and geography of the country. They also went up the Amsterdam Lookout and saw a panoramic view over the city. Some even took the opportunity to swing above it. Everyone then took to the water and traveled on a pancake boat, tasting typical Dutch food and seeing Amsterdam from a different perspective. 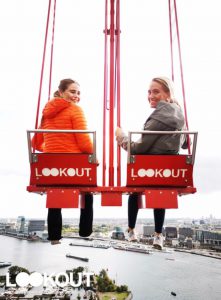 Workshops
The next morning included more mixed team sports and foreign guests got the opportunity to learn and play the local sport of Korfball. A mix of basketball and netball, it was fun for all to be involved in. That afternoon was the chance for students to choose to participate in a wide variety of workshops including, climbing, kickboxing, gymnastics, mountain biking, archery attack, dance, sport mix and the incredibly exciting, bossaball. Everyone had a great time experiencing new and entertaining activities and all left for some much needed free time together.

The teachers stayed at the school for an afternoon of networking, where they were lucky enough to see a presentation from Ruben Jongkind of Montessori Football and learned how other organizations are using sport to help child development and connect the Montessori world. This was followed by a World Café, organized by Montessori College’s Jan Triepels, where they got the opportunity to share ideas and experiences on Montessori education. 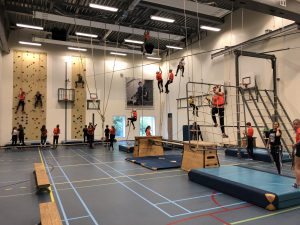 Tour of Nijmegen
On Thursday mixed groups were formed again and participants were led on trips around town to see the historical sights of the oldest city of the Netherlands, Nijmegen. After a lunch at Kronenburg park, everyone rode their bicycles, supplied by Radboud University, to Goffert Park, where they played sports and used their artistic skills to make memories of the sights they witnessed during the earlier tour of the city. It was a great way to relax before the evening’s closing ceremony. The week was coming to a close but the party was just getting started. With a guest DJ, confetti canons, gifts beings shared, shirts and the GMG flag being signed, everyone came together in song and dance and enjoyed the final evening of the event. 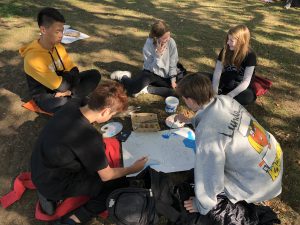 Saying Farewell
After a short week full of fun and laughter, it was time to say goodbye to new friends made. Although people would leave, the memories would last forever.

Seeing the change in the students, who just five days before, had greeted each other nervously, now it was all hugs and kisses and promises to stay connected. The aim of Global Montessori Games had been realized. We had connected people through sport, education and shared culture.

Let’s hope we may meet again next year for further fun times and collaboration.

For news and updates:  https://montessorigames.org